“Dr Stanley Quek… has a grand vision for the future of Sydney. He believes in filling vacant and hollow lanes with the fire of South-East Asian culture and cuisine. And boy, do we like his vision.”

“Spice Alley is a little piece of Singapore in Sydney. But the food isn’t limited to Singaporean, oh no. There are tonnes of choices to choose from.”

Central Park and Spice Alley
“There’s the permeability of the thing: the suite of new roads and laneways opening up this great thrombosis in the heart of Sydney so that anyone can walk or drive through in a way that has been impossible for more than a century. There’s the shift in feel, dignifying Chippendale without massive gentrification.”

“Above all, though, there are the streets. A good street is a thing of magic, a place of public ownership where every citizen, however eccentric or troublesome, has a right to be. Good streets give people respect. It’s not just about pleasure. Streets aren’t just for eating and shopping, much as these, such as Central Park’s Spice Alley, enhance their delight. A city’s public realm is also – critically – a space for politics and a theatre for dissent.”

BBC StoryWorks shine the spotlight on Spice Alley
BBC StoryWorks in partnership with Visa, have created a feature video and article on the Rise of the Cashless Business, which profiles Spice Alley as a case-study.

“Spice Alley, a bustling Asian-style hawker centre in Sydney, is one of the many pioneering companies that have already taken this step, serving thousands of customers every day all via cashless payments. To learn more, we went to visit and discover how cashless payments have transformed the business and customer experience.” 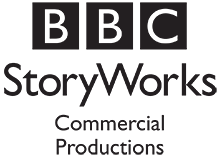 How to Spend A Winter Week in Sydney
Vivid Sydney is a reason in itself to visit Sydney in winter. But there’s so much to explore outside of it too. In partnership with Destination NSW and Qantas, here’s our guide to experiencing the best of the city’s winter soul while you’re in town.

Fit a Spice Alley hawker-style feast into your week this winter.

The Best BYO Restaurants in Sydney
Whether you want to save some dosh and bring your favourite bargain bin pinot from your local bottle-o, try out that new swanky natural wine or dust off something special from your cellar, these are the best BYO restaurants in Sydney.

Spice Alley is BYO with no corkage fees.

New Hidden Foodie Alleyway Appears in Chippendale
Find secret yum cha delights in Spice Alley — if you can find it.

“Sydney’s got a brand new Asian-inspired foodie alley, and chances are you might have walked straight past it. Hidden behind the brand new main facade of the Kensington Street precinct at Central Park, Kopi-Tiam Spice Alley is Chippendale’s newest little food court.”

“Narrow paved streets with alley nooks are loud from the bustle of hungry locals. A beguiling aroma of pounded spices and wok fires fills the air, and in open kitchens chefs swing roti, boil stocks and cleave slabs of crisp pork belly.”

“On the other side of this dimly lit mini maze is Kopi-Tiam – a mini hawker lane paved with cobblestones, fairy lights, unforgiving little metal chairs… and tables filled with food stalls selling everything from single chicken wings… to hotpots and nasi lemak.”

Time Out’s Guide to Spice Alley
All the stalls. What to expect

“Spice Alley is a little piece of Singapore in Sydney. But the food isn’t limited to Singaporean, oh no. There are tonnes of choices to choose from. Here’s our guide to the hottest hawker market in town.”

“The Alley… is all about the mix and match. You want dim sum and your buds want har mee, you got it. There’s a Malaysian, a Singaporean, a Cantonese and a Thai…”

“University of Technology students are already spoilt for lunchtime options. Central Park across the road has Ippudo and Din Tai Fung, and Chinese Noodle Restaurant is a short stroll to the east. Now a new contender emerges – Kopi-Tiam on “Spice Alley”, where there are more dishes than you can shake a Chinese fried-dough stick…”

“The idea of narrow streets crammed with Al fresco cafes, one-off shops and cosy little bars has long been enjoyed exclusively by Melbournians, but on Kensington St, Chippendale an abandoned corner of central Sydney has been utterly transformed.”

“Dr Stanley Quek, chairman of Greencliff Realty, has a grand vision for the future of Sydney. He believes in filling vacant and hollow lanes with the fire of South-East Asian culture and cuisine. And boy, do we like his vision.”

The spice of life in Chippendale, Sydney

“Kyoto? Kanazawa? Well, Kensington Street in Chippendale at the south end of the Sydney CBD, actually. It’s the city’s buzziest new precinct… It is “comprised of interlacing streets inhabited by daring innovators” or… here we have a quarter of restaurants, cafes and shops, mostly Asian in character.”

“Spice up your life at the Spice Alley in Chippendale. Start off at the Alex Lee Kitchen and be impressed with the super flaky Roti Canai at only $6, it’s light and fluffy and comes with two puddles of chicken curry and dahl sauce plus a fiery red sambal sauce that will have you taking more than your share.”