Artists of The Alley: The Creatives Behind Spice Alley’s Street Art

When you sit down to eat in Spice Alley, you can’t help but notice the street art that beautifies our walls and enriches the public space of Spice Alley. Street art is synonymous with Spice Alley. Now, we want to introduce you to the incredibly talented artists who have turned Spice Alley into what it is today! 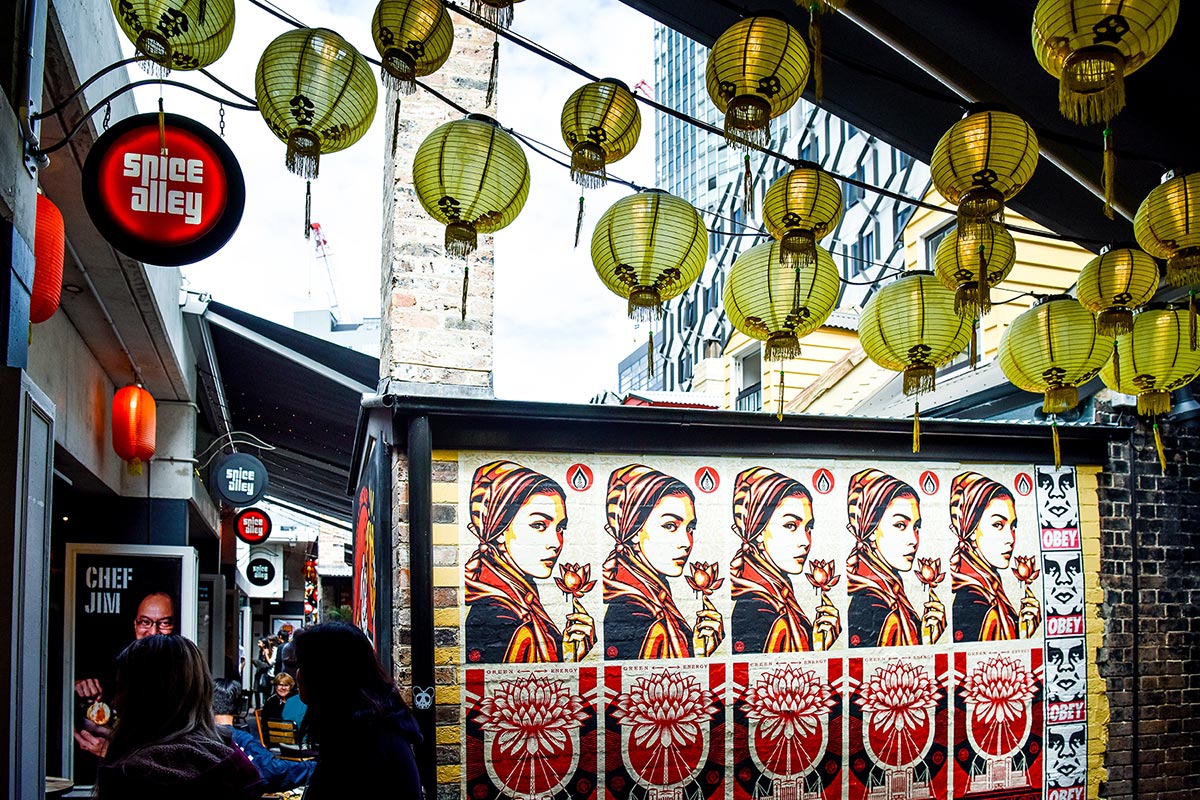 Previously, you may have spotted Scott Marsh’s art on the streets of Redfern, Newtown and Chippendale. He’s gone viral countless times for his colourful, cheeky and sometimes politically-charged street art (see ‘Kanye Loves Kanye’ and ‘The Happy Ending’). Not only does he use his art to poke fun, but sometimes to make statements about the most famous (and infamous) names in Australian culture and politics.

In Spice Alley, Scott Marsh has captured the essence of our traditional hawker-style markets with his colourful and kooky stencilled art style, highlighting well-known cultural aspects found in Asian culture. Near our Japanese restaurant Kyo-to you can find geisha girls, and under the yellow lanterns you can find a retro tuk-tuk. The largest of Marsh’s murals is a mural adjacent to Hong Kong Diner, which depicts a beautiful Asian woman wearing a traditional cheongsam. 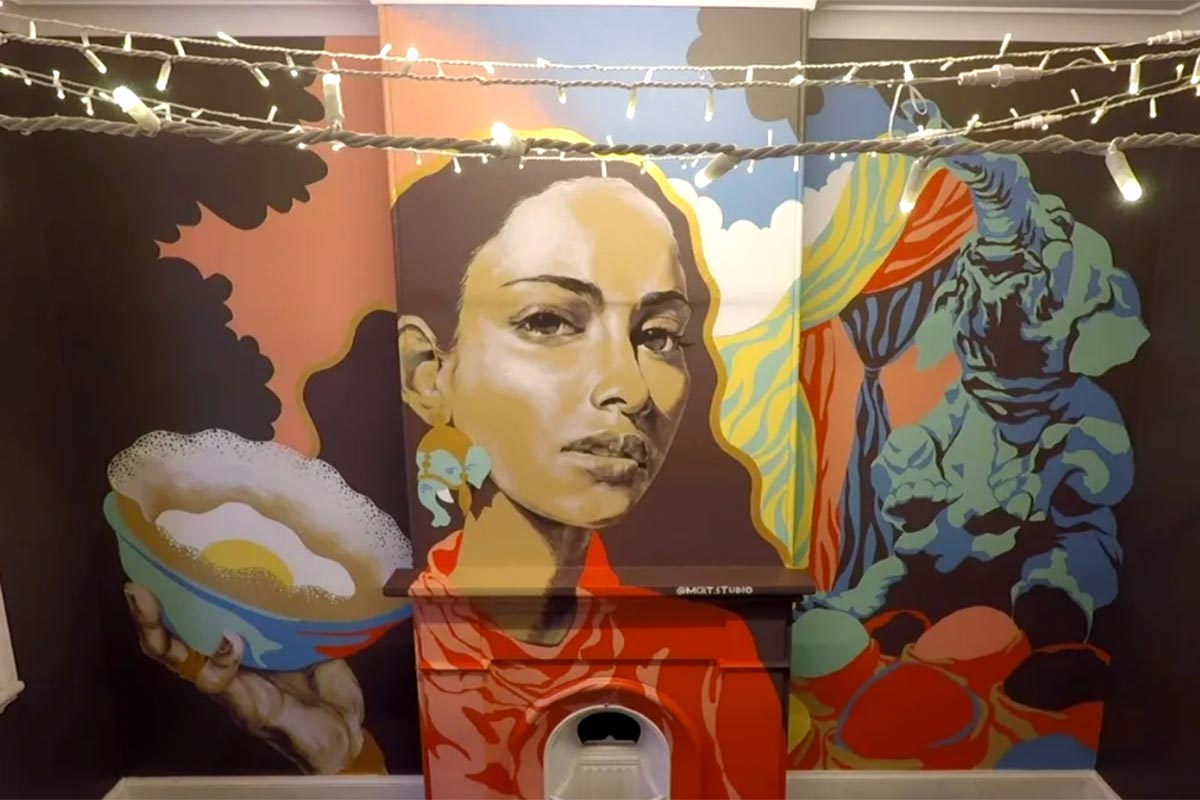 Originating from a study experience in London, Russian artist Maxim Chikanchi and New Zealand artist Rozelle Tan make up MCRT.Studio, a duo representing conceptual and commercial visual cultures worldwide.
Max and Rozelle as a duo have created two breathtaking murals in Spice Alley – a wall near Alley Hopper and a private room in Spice House. Both murals, titled ‘Part of You’ and ‘The First Time’ feature the faces of two beautiful women, surrounded by yellow, peach and blue tones. Challenging the mundane routines of everyday life through expressive artistry, ‘The First Time’ invites individuals into a space where extending your boundaries, whether they be as small as trying a new dish or as large as travelling somewhere new is encouraged. Mural ‘Part Of You’ asks the eternal questions of what makes us who we are, and is a key reminder to an individual of the nature of no matter where you go, a small part of the location always stays with you and shapes your identity. 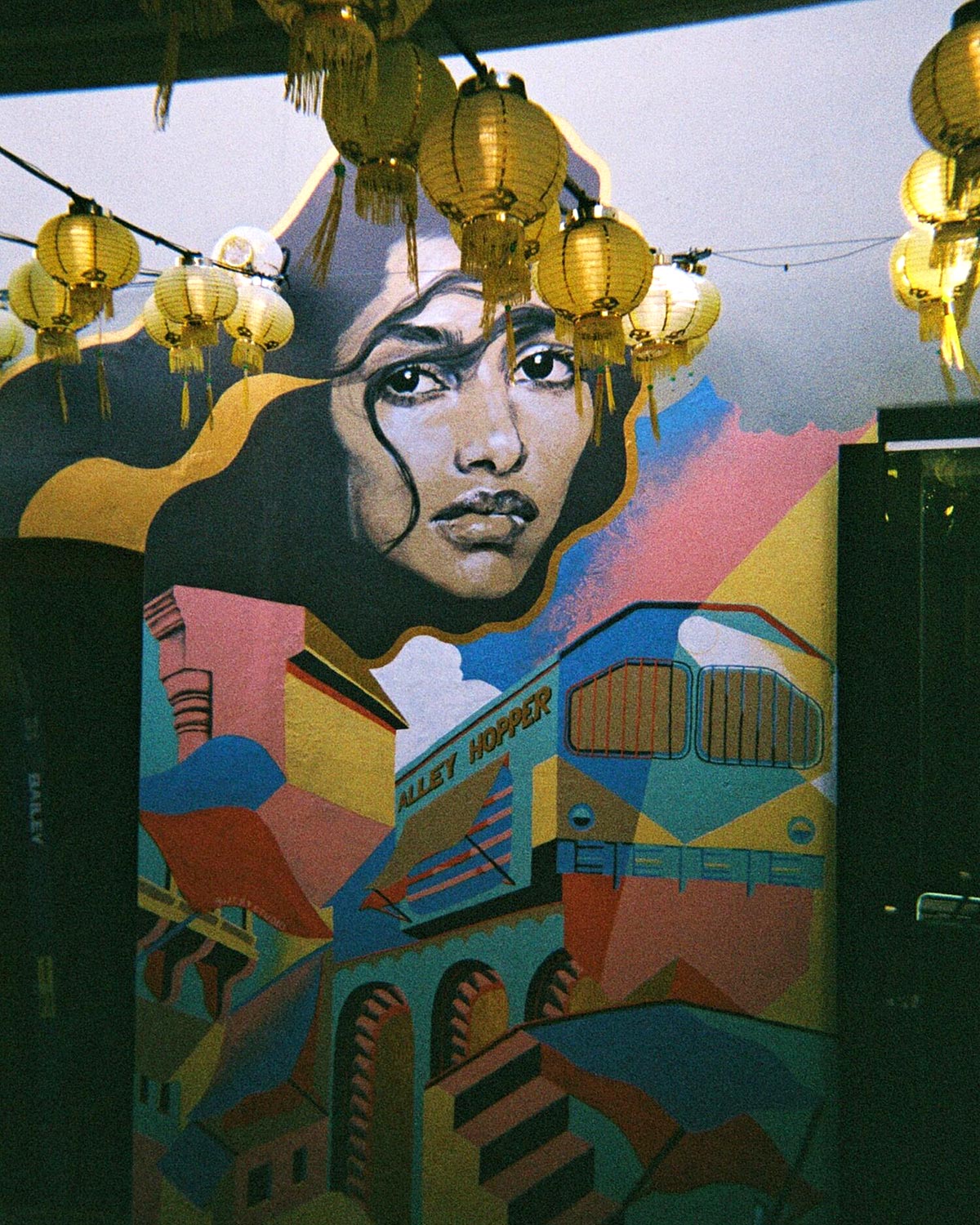